On June 17th, 2018, my wife and kids surprised me with one of the most extravagant gifts I've ever received. We were camping in Duluth, MN, where I was running a race on the Saturday of father's day weekend. After the race was done we stuck around the campground for a lazy Sunday morning.

As many years as I've been a father my kids have given me some kind of present to celebrate father's day. When they handed me a thick envelope I was pleased to see they'd found a pair of leather boot laces and wrapped them in a handmade card.

You can imagine the shock when they suggested I read the rest of the card! 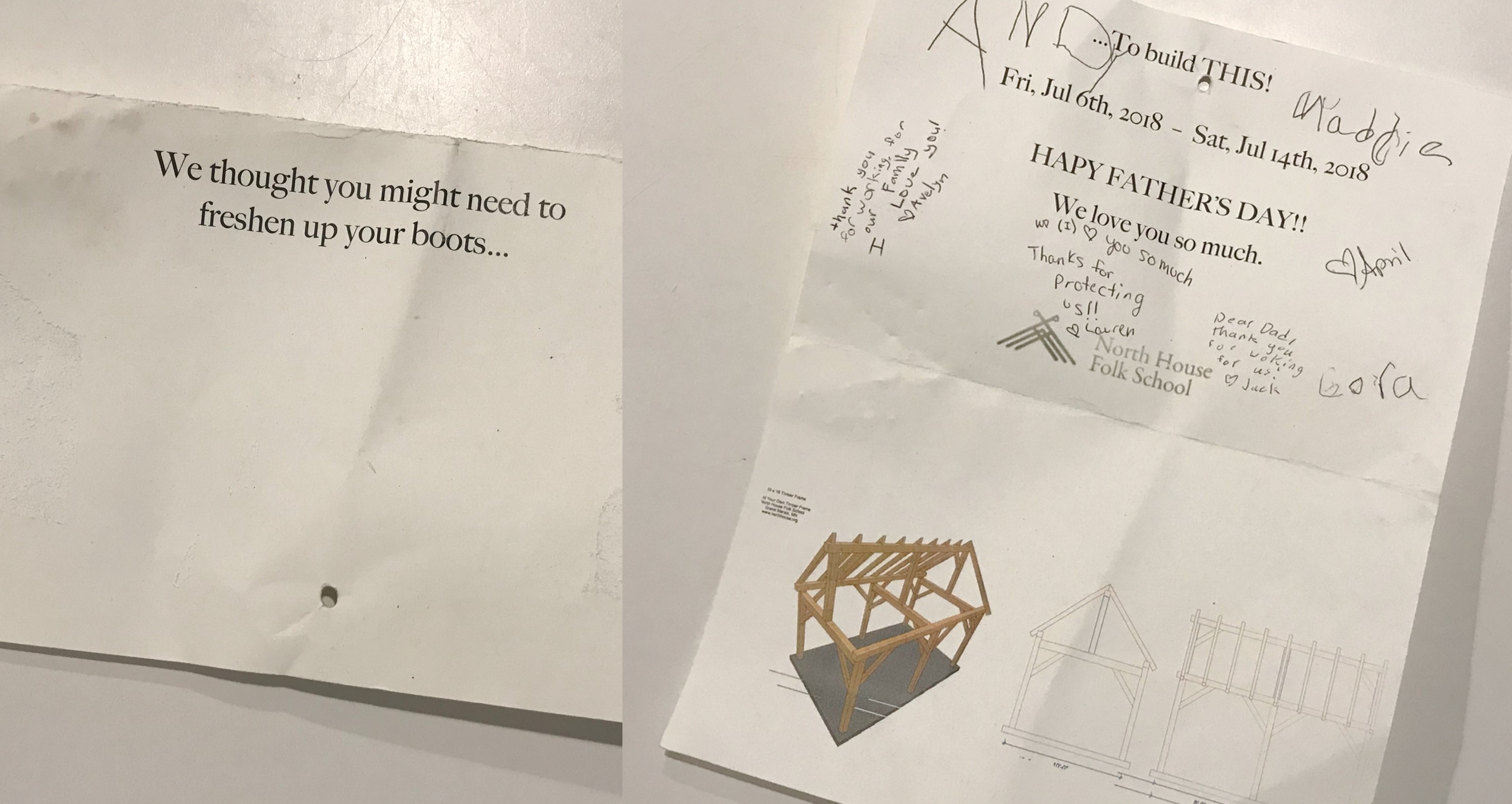 "Flabbergasted" would be about the only word I could use to describe how I felt.

You see, building a timber frame cabin was certainly on my bucket list, but I never expected I'd actually get the chance to do it. And now, not only was I going to get the chance, I had less than a month to get my tools (and mind) in order!

April had planned out everything! She signed me up for a class at the North House Folk School, arranged for me to have time off work, made reservations at a campground for the 10 days, and even set up details with my parents to join us for part of the time. 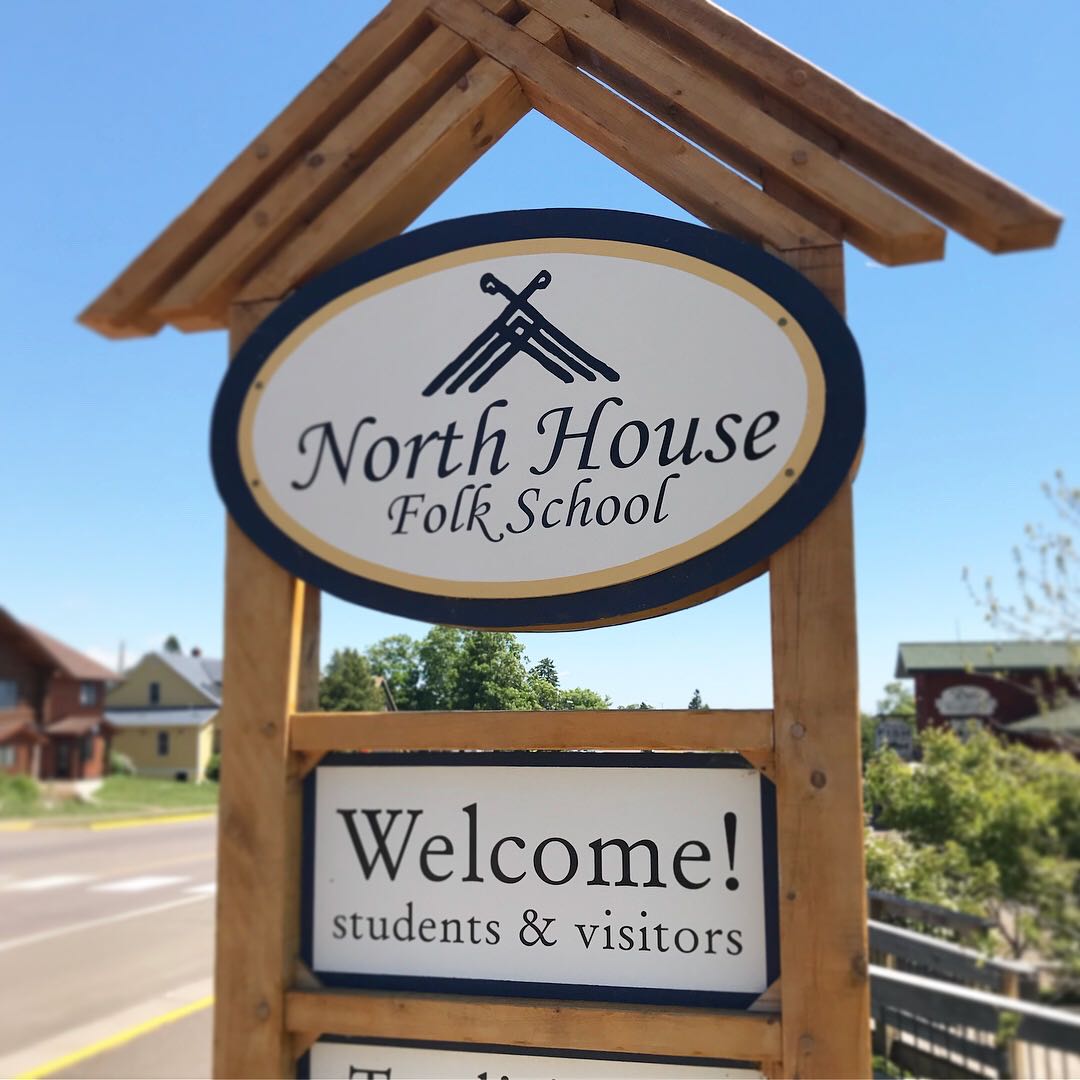 The following weeks were a bit of a blur as our family made the necessary preparations for being on the road for 10 days in our camper. April worked on the menu and I packed up all the family gear as well as my tool kit. 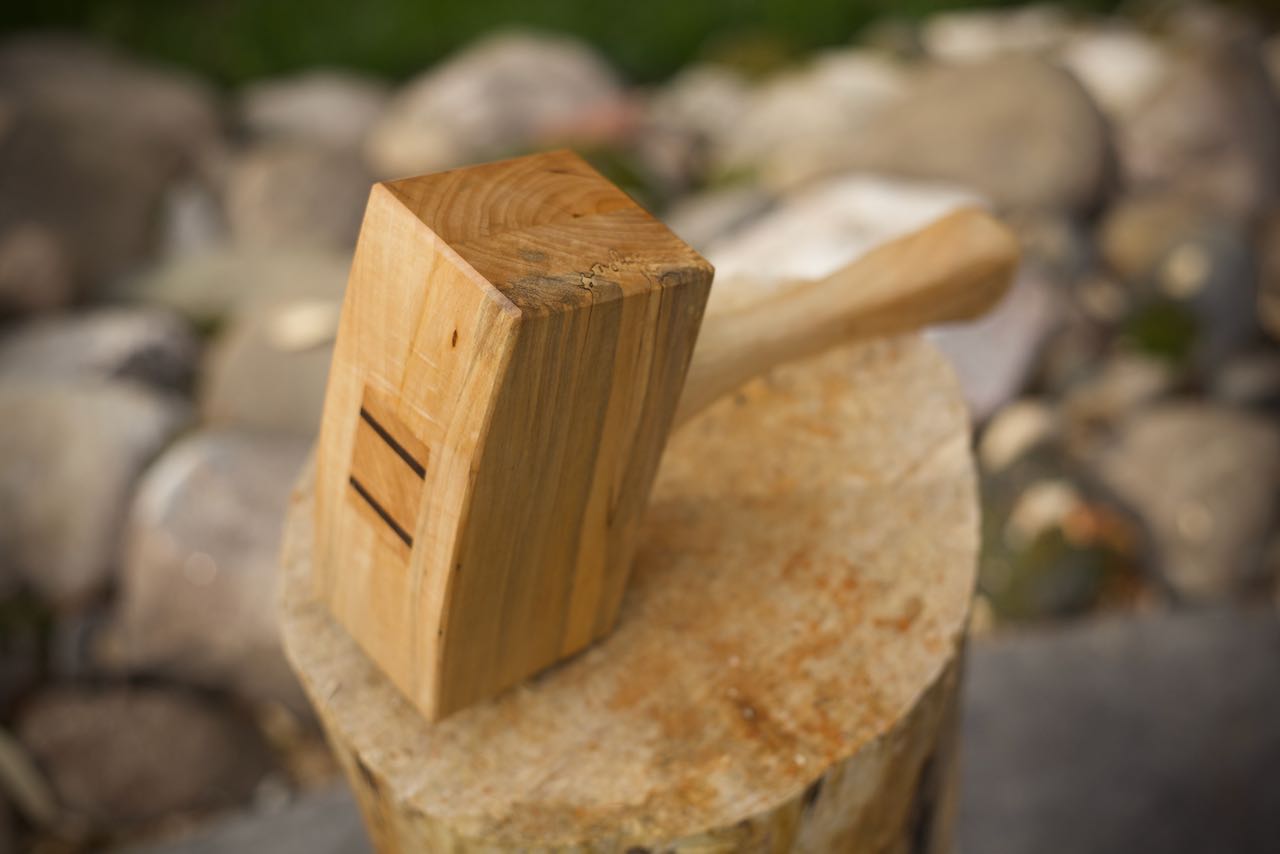 Most of the tools were provided by the class but I did make a couple large mallets for the large chisel-work. 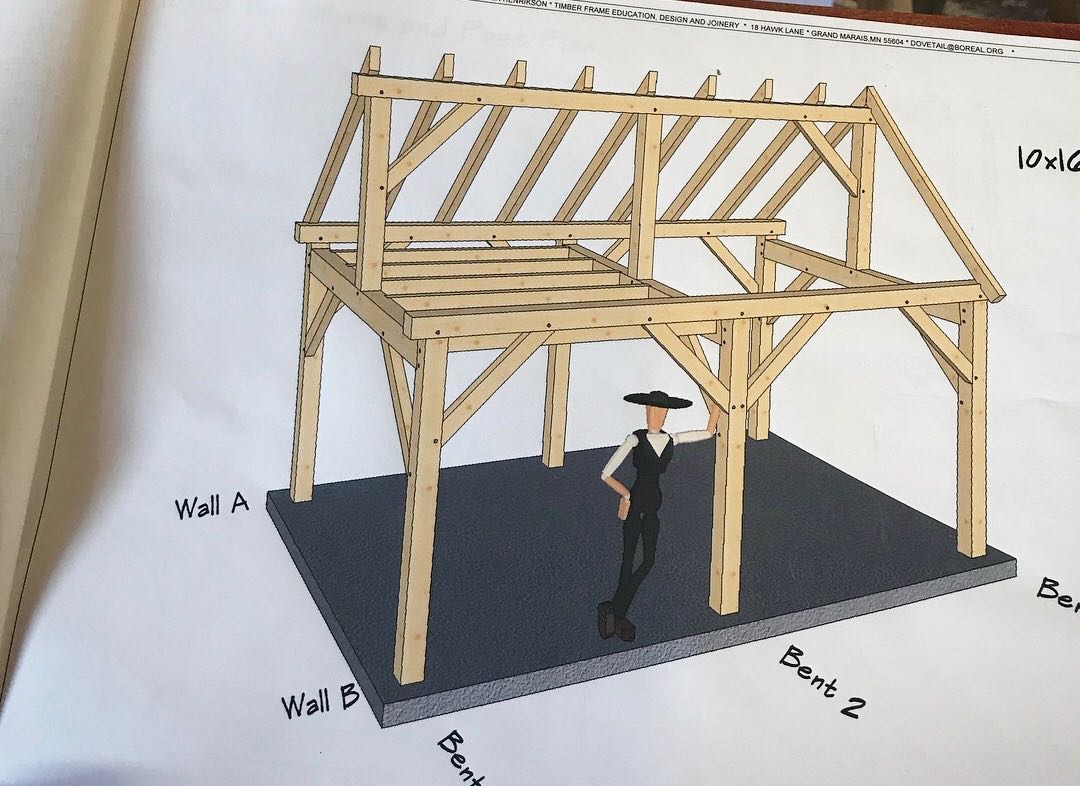 The particular class April chose was a 10' x 16' "build-your-own" timber frame structure. It included all the materials to make the building and nine days of instruction. At the end of the class we needed to load our structure onto a truck and transport it away from the school.

Grand Marais, MN, is located on the northern shore of Lake Superior, approximately 2.5 hours north of Duluth. It's a beautifully rustic town with a pleasant woodsy atmosphere.

The North House Folk School is nestled alongside the harbor and the workshop in which we spent the majority of our time was less than a stone's throw from the water. 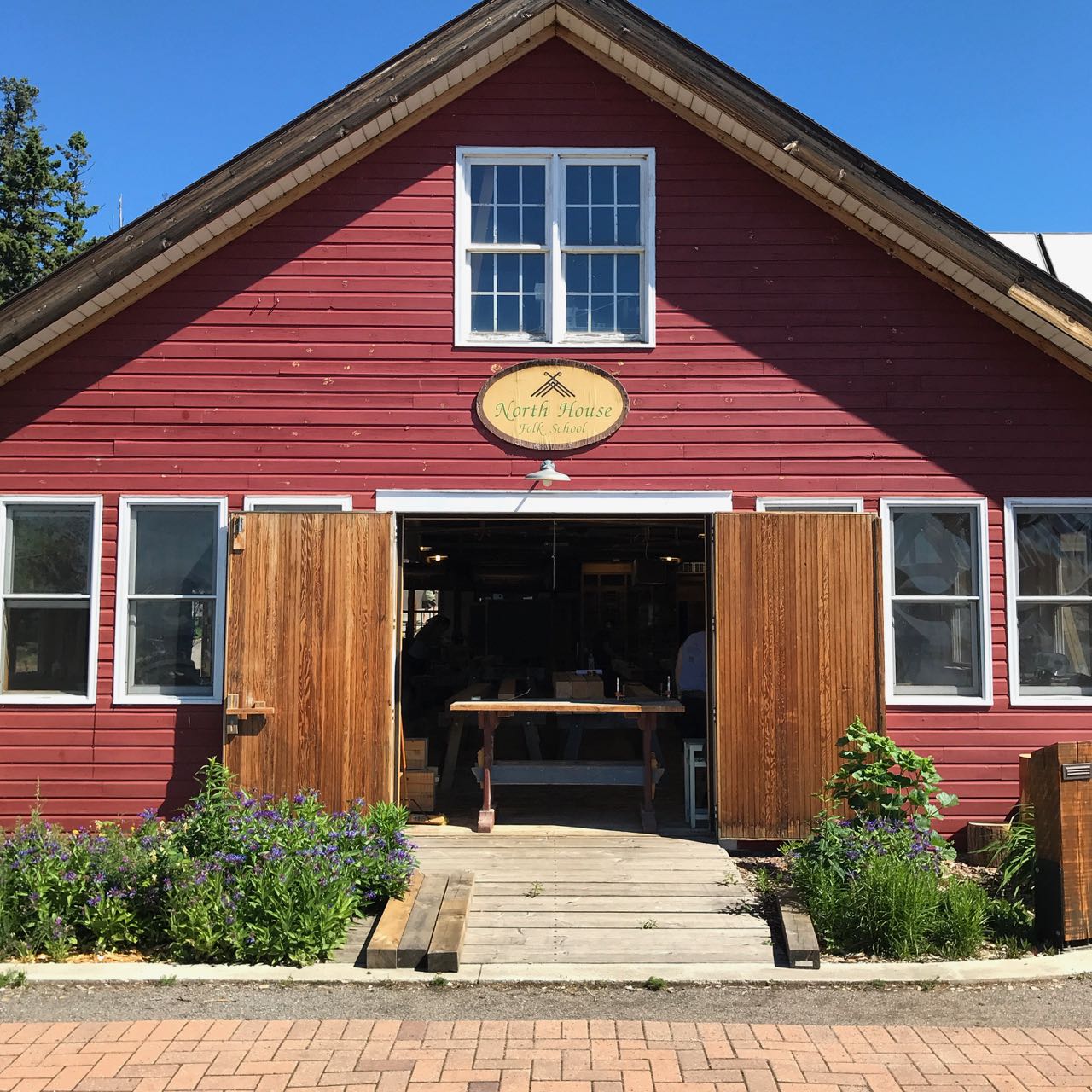 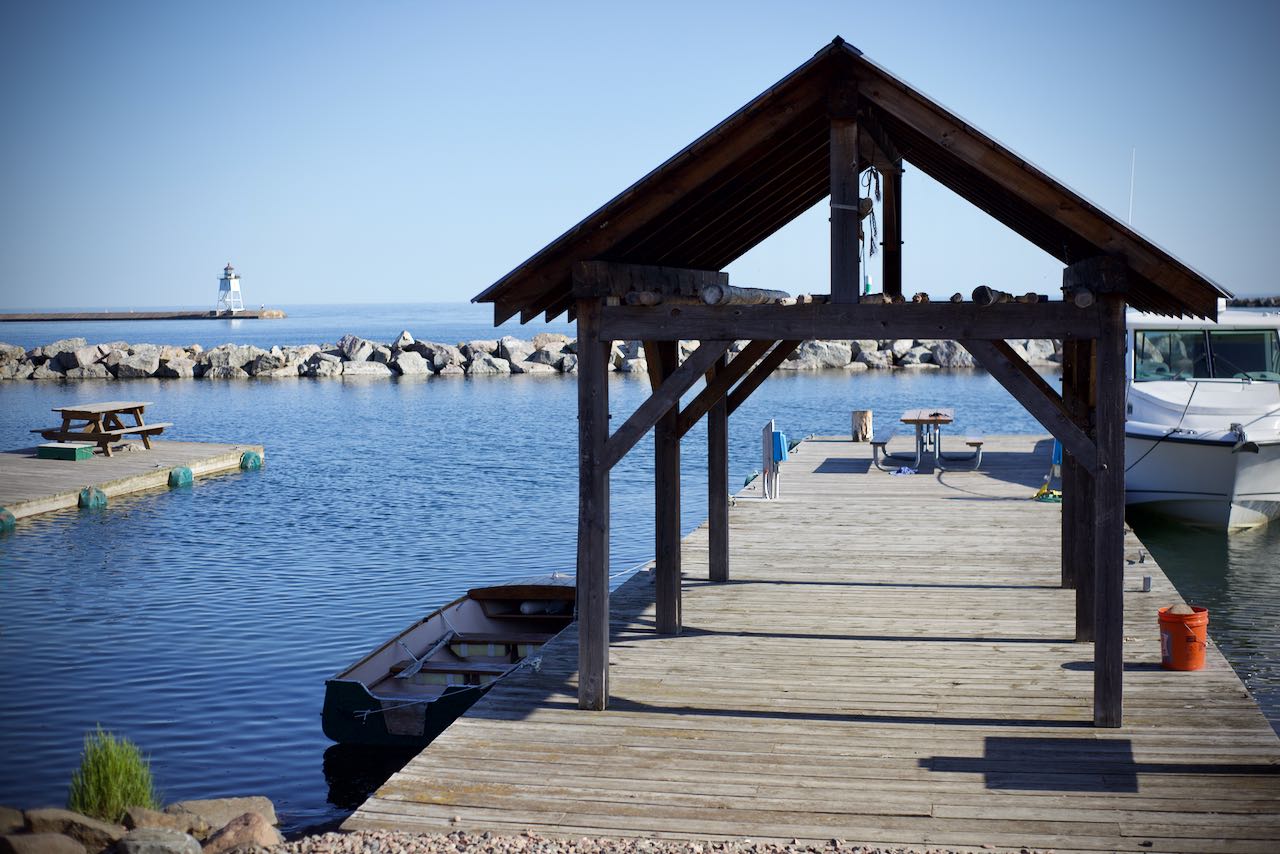 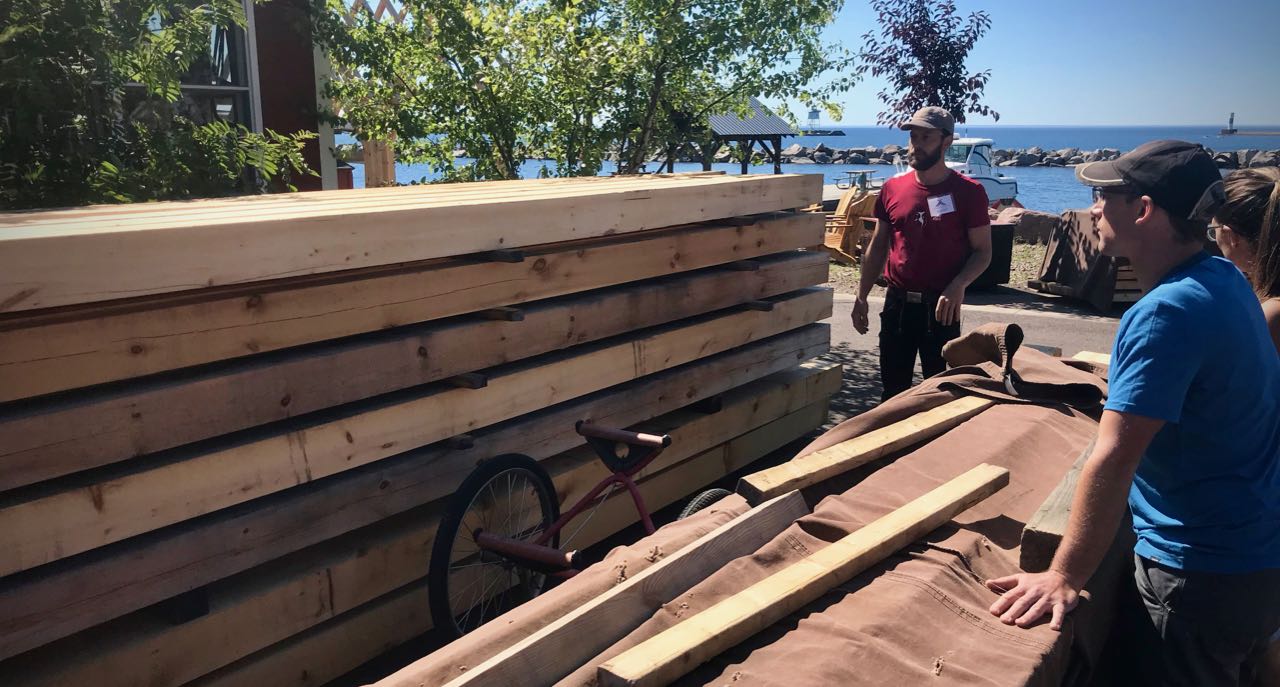 The first day of class consisted primarily of instruction on the techniques we'd be using along with a bit of get-to-know-yous with the other students (there were two other groups each working on their own builds.)

We also broke the long timbers down into workable lengths and arranged them in the workshop, which at that point smelled richly of pine sawdust and old floorboards. It was glorious. 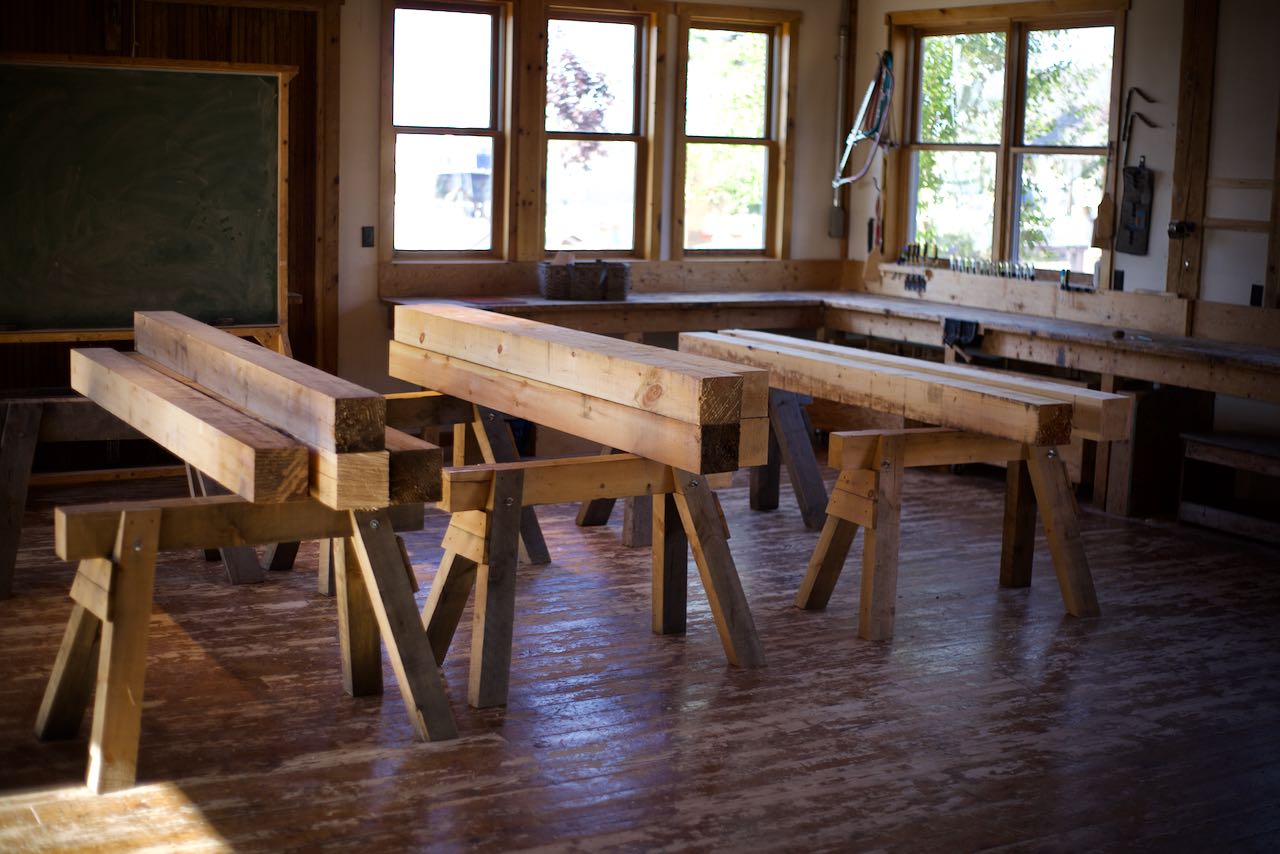 We camped about 20 miles outside of town in a lovely campground way off the beaten path. It only hosted a handful of campers at a time, so it was a quiet location that felt like we had all to ourselves.

April and the kids spent most of the days at the campground. Fortunately, the weather was cooperative and the bugs were almost non-existent. They enjoyed games, the playground, swimming, and Jack even did alright on the fishing dock! 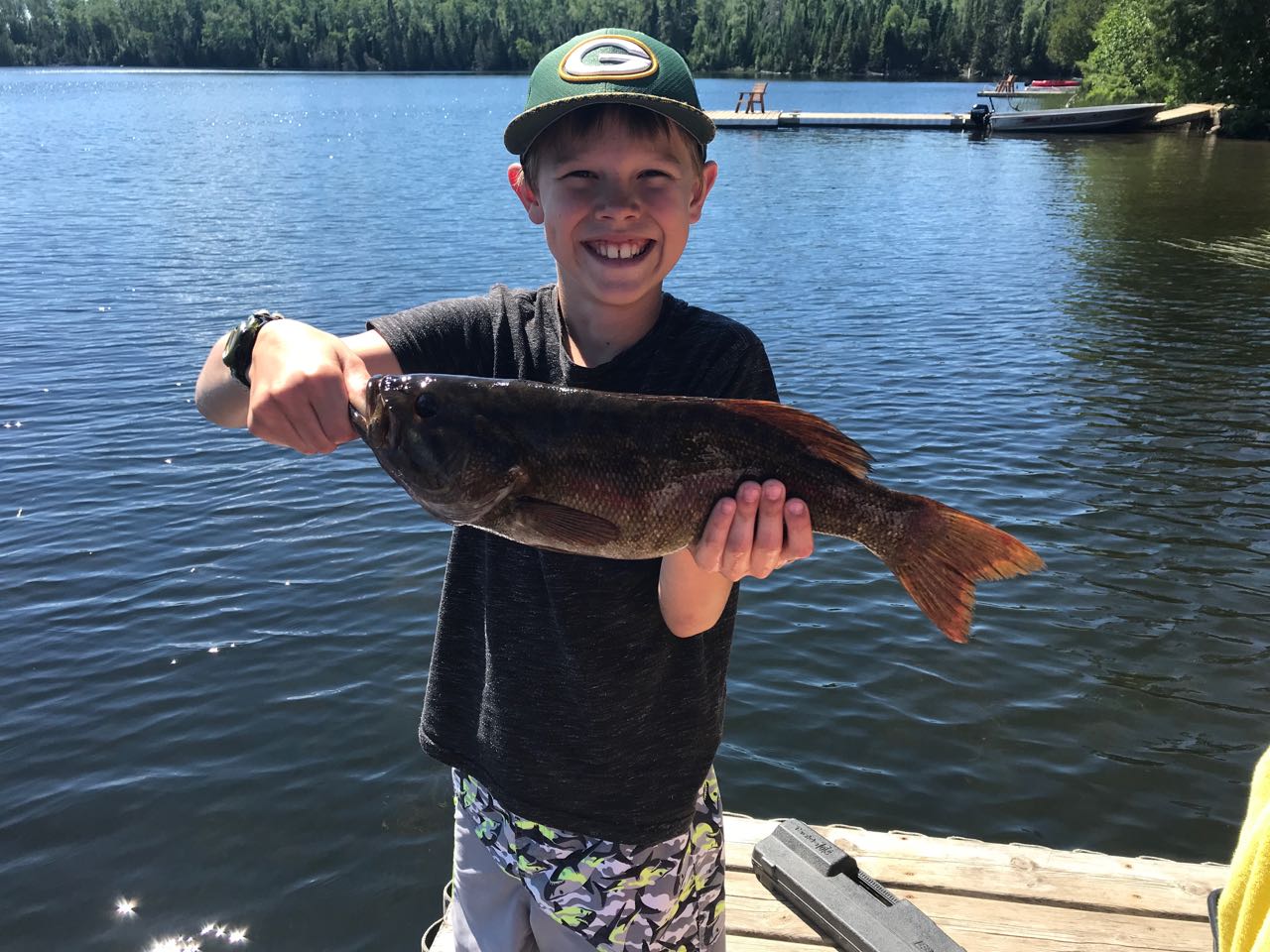 Visit the next entry where we start cutting joinery!